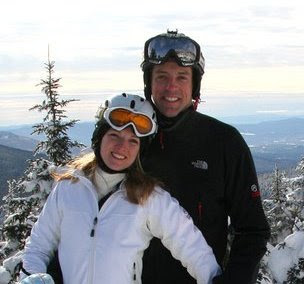 September 19: Joey fell out of my bed in the middle of the ight. He's had a stuffy nose and has had trouble sleeping, so I took him into my bed. I think what happened was that I fell asleep but he didn't, and he scooted over to the other side of the bed and fell of. His head hit the bare wood floor, and we both cried.

September 20: Joey recovered from his fall out of bed sufficiently to fall out of his feeding table—again!

September 22: Joe home for another two days. We are all hugely looking forward to mid-December, when he will leave NJ and stay home full time, working on his tofu project. Being alone here with the kids five days a week is especially hard in the winter months. The snowstorms lose a lot of their charm when I worry about being able to get out of the house in an emergency—such as one of the girls' ear infections.

September 24: Suzanne (who just turned six) came home from school today and announced she is in love with a schoolmate named Brian. "I ran after him at recess and caught him and kissed him!" (On the shoulder, she says.) She says she's going to marry him when she grows up, but she hasn't told him yet (and she doesn't know his last name).

I asked he why she fell in love with Brian—is he smaft? "Yes, he's almost as smart as I am." Is he a nice person? "Yes......also, he was wearing a yellow jacket, and yellow's my favorite color!"

Suzanne is utterly beautiful, and I hope whomever she does marry deserves her.

These are all so poignant I must admit I have a hard time reading them. In a good way.

So, did she marry Brian? Is that him in the picture? (though I suspect not, as he's not wearing a yellow jacket)

No, that's Chuck. LOL I should ask her if she knows what happened to Brian.

My granddaughter (Suzanne's daughter) read the entry today and pointed out that yellow is still her mom's favorite color. She drives a "Speed Yellow" Audi, and Chuck drives the same color Porsche. (He got his first.) I thought that was pretty funny.

Great photo. They look so happy :)

"working on his tofu project." .... looking forward to reading about this.

I was thinking, "Who is that beautiful couple?" They could be in a James Bond movie.

LOL They could be....and they would probably do all their own stunts. Both are avid skiers, water skiers, and bicyclists.