Slowly we sang it
slowly

The manila envelope was labeled Photographs. Certainly not unusual in my house, where my father's photographs vie with mine for the title of Most Ubiquitous. After four or five years of scanning my dad's prints and negatives, you wouldn't think I'd find any more photographic surprises, but they still pop up.

The best ones are photos I don't remember ever seeing, and this envelope contained a bunch of them: my late cousin Terry blissfully dancing with Dave at their wedding . . . my stepmother's father's family portrait from Scotland at the turn of the 20th century . . . my dad's older cousin Peggy in a bathing costume that included high button shoes . . . my grandmother with one of her sisters and their mother. And a snapshot of a young woman I didn't recognize. She was attractive, and held a dog on a leash. On the back was a note to Lucky (my grandmother) from Babe (her daughter).

"You're so much like Babe." I heard it most of my life. Babe (whose real name was Estaire) was my father's younger sister. I was very young when she died, and have only two vague and disparate memories of her: One, in her Manhattan apartment, watching some sort of gold metal revolving Christmas display, its movement triggered by a candle flame. Babe was swathed in fur, ready to go out somewhere. In the other, we are at her Patchogue, Long Island, summer house, and she's showing me her tiny vegetable garden, pointing out how carrots grow underground.

We didn't look alike—she inherited her father's black hair—but according to my dad we had the same laugh, the same sense of humor, the same way of talking to dogs, the same tendency to get emotional. I believe it. For one thing, she and my dad were close. For another, I know I inherited some striking personality characteristics from her mother.

Her mother. My grandmother. "Lucky."

Dear Lucky,
Thought you would like to have this—last picture I took of B.J.
Best love,
Babe

Until this morning, I had never seen her daughter B.J. all grown up. The initials stood for Barbara Joan, whom I've written about before. I wrote a poem about her, too. She was 20 years old when she died. My daughter Gillian was 25.

I looked at Babe's note, written with a fountain pen in the red ink she favored . . . the strong, attractive handwriting . . . the painful stumble on the word "last" . . . the "best love." I imagined her effort to make her writing look normal on this occasion. I saw th and g just the way I write them. I felt what she felt. All of it. Everything. 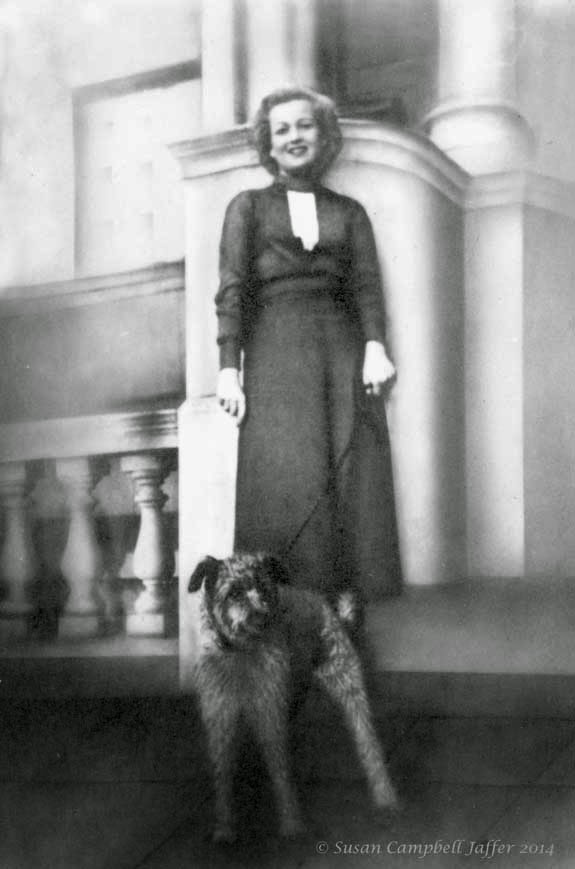