Oops, where did the poem go?

It went to enter a contest. Assuming it doesn't win (a reasonable assumption), it will be back.
Posted by Susan at 8:12 PM 6 comments:

Junk: It's All in the Perception 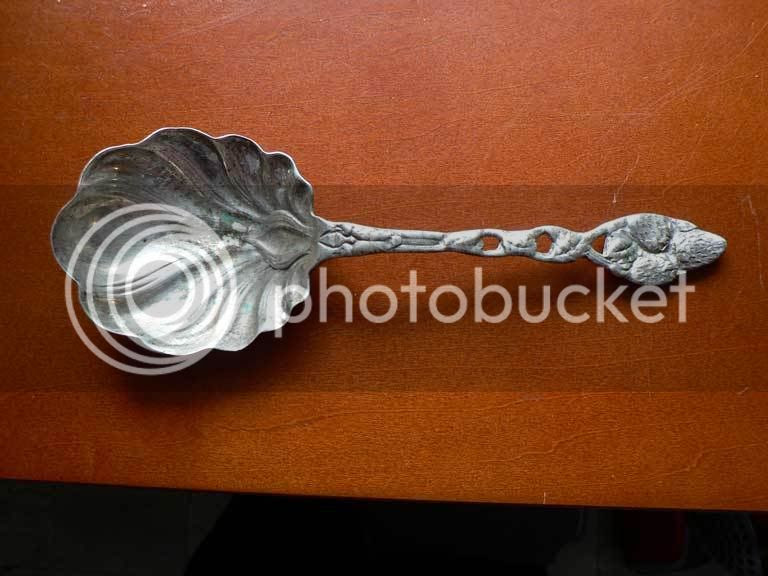 I've been posting photos of old silver on a message board where the members have been generously identifying them for me. The pieces were getting oohs and aahs until I posted the picture of this berry spoon.

I posted it rather proudly. The spoon is large and heavy, and has an almost soft feel to it. It has been special to me ever since I received it as a wedding gift over 40 years ago from a special woman.

"Junk!" the silver mavens declared when they saw it. Junk? How could a heavy piece of sterling silver be junk? Easy, apparently. They explained that the person who bought it probably thought it was a good piece, and it was indeed sterling. But it was mass produced, the pattern of the bowl stolen from another, and the handle lacking detail. When I received that spoon I wondered why it had so little detail. I thought maybe I'd been given an antique. Shows you how much I know.

Good thing it has lots of sentimental value. The special woman's name was Margaret Cobb, and she was a geologist long before women were geologists. My dad worked for an oil company, and after my mother died when I was nine he took me to work with him on occasion. I realize now that those were probably the days he didn't have someone to watch me at home, but at the time I thought he just liked to take me along. He was that kind of father.

I usually spent a good part of each day with Miss Cobb. She was in charge of the corporate library. She was a soft-spoken southern woman, to all appearances rather fragile, but she knew a ton about a lot of things, and the rocks and minerals in her office could keep me fascinated for hours. She took me for a walk in downtown New York and told me how garnets could still be found in the streets.

My memories of Miss Cobb are among the most vivid and the most comforting from a terribly difficult time. I found her much later—when I was 30—but I don't remember how. She was quite elderly by that time, and living in Norfolk, Virginia. We exchanged some letters, and she still had the marvelous spidery handwriting I remembered from my childhood. Her brother notified me when she died.

I'll be selling some silver this winter, pieces that have sat in drawers or cupboards or boxes for too long. But I'm not selling everything. One piece, at least, will get polished and used. Quite proudly.
Posted by Susan at 8:58 AM 11 comments: