"Three Days at Yale" is online

A small bright spot in this difficult week was notification from Yankee magazine that my essay, "Three Days at Yale," chosen months ago to launch their new website feature, "Memories of New England," is finally online. You can find it here. No pressure. :-)
Posted by Susan at 7:03 AM 9 comments:

Terry didn't make it. I learned in childhood how life can turn on a dime, but it's still hard to grasp sometimes.

When I saw her last month we were planning our annual fall lunch on the Delaware River. Here we are (Terry on the right) at last year's.
Posted by Susan at 10:27 AM 14 comments: 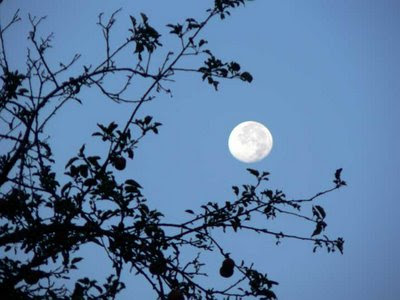 Pollen Caught on a Leaf 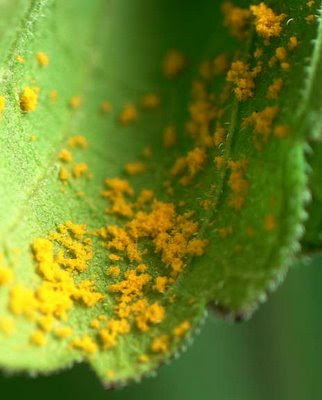 A friend asked me today if I've ever had an orange cat. She said she's found orange cats to be the most eccentric and "human" of all the cat colors. This is a topic for more than one column, but here's a start:

I had two orange cats in childhood and one more recently. Jingles was a Persian who died from a miscalculation made when she jumped onto a table and missed, hitting the edge and injuring her organs. Rusty was an orange tabby and my dear companion. We gave him away after my mother died. (That really shouldn’t have had to happen, but that’s another story.) Fortunately, he found a good home.

And then there was Grimmy, a semi-longhair who was chosen at the shelter by my daughter Gillian, who said he had a face like a lion. She named him after the cartoon character in "Mother Goose and Grimm." (Yup, we knew Grimm was a dog.) Grimmy was shy with strangers (like many orange cats, I’m told) and quite sensitive to our emotions. He was as soft as down, and very sweet.

I think there are big differences in cat coloration and personality. The ones who have seemed most “human” to me are the blacks. I’m particularly drawn to them, and to black & whites. One of the most remarkable cats we ever had was part black & white and part Siamese. Morgan was deeply connected to us, and his personality was unforgettable. If I ever see another like him, he’s coming home with me.
Posted by Susan at 5:49 AM 6 comments:

Anybody Have an Answer (or Two)?

I was subjected to TV political ads while sitting in a waiting room today, and the McCain ad running over and over claims that:

Huh?? When did McCain reform Washington? And if Washington is reformed, why is he now promising to change it?
Posted by Susan at 12:43 PM 3 comments:

A gravestone I photographed yesterday had a German inscription on it. Because the stone was over 100 years old, it was difficult to read. I copied it down as best I could and asked a German lady online to translate it. It was lovely:

The woman who translated it said some of the German spellings were off, no doubt an error in copying.

Somebody suggested I try Babelfish. I've had less-than-perfect results from Babelfish, and once again it didn’t disappoint. Here’s Babelfish's version:

Have you ever read anything quite so touching?
Posted by Susan at 10:31 AM 2 comments:

I have an appointment for a nuclear stress test on Friday.

I asked the stress test appointment taker why I couldn't eat something before the test. "It’s because of the test," she said.

"I know, but why do they require me to fast before the test?"

"Because it’s part of the test preparation."

"I'm afraid you’re not answering my question. WHY is it part of the test preparation?"

"Because you’re getting an injection. When people get injections, they can’t eat."

Brace yourselves . . . I've started to scan and process my father's photographic work. What a wonderful continuum: Harry's daughter working on his images. I'm having such fun with this. He developed his own film and made his own prints, so when I scan a negative and get it on my monitor screen (and invert it to a positive), I see what he saw in his darkroom. I love this.

At first I thought I wouldn't do anything with pictures of people I don't recognize. But some of them are interesting in an historical sense—the way they dressed in the 1940s, the look of their surroundings—and some are funny. Of those, some are intentionally funny, like this one.

My dad like to set up humorous or dramatic scenes once in a while. At the piano is my family's lifelong friend, Dick Dubè. His drunken fan probably wasn't drunk (although you never know). I'm not sure who she was, but she played her part well. Click on the image for a closer look.

I may start a new blog for these photographs. Or maybe I'll just post them occasionally here.
Posted by Susan at 6:10 AM 5 comments:

Politics and Peace of Mind

I'm beginning to think the two are mutually exclusive. As I wrote to MM tonight, I had more peace of mind four years ago when I disliked both presidential candidates and didn't care who said what about either of them.

In the years before that, I usually liked one candidate well enough to vote for him, but I lost whatever party allegiance I had a long time ago, and I never felt excited. This year I'm excited.

When we're excited about something we tend to talk about it. In doing so, I've discovered that some of my friends and relatives—even ones I thought were particularly intelligent and well-informed—are complete idiots. Politics is like that. Now I understand why the subjects of politics and religion are verboten at dinner parties.

I hope when the elections are over my friend and relatives go back to being intelligent and well-informed. And I hope I go back to talking and thinking about other things. Benign things like losing weight and cleaning closets.