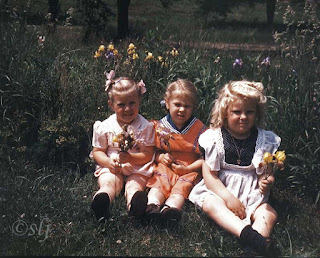 Two Days at the Dodge, 14 Years Ago

In 2002 I spent two days at the Geraldine R. Dodge Poetry Festival in New Jersey. Two years earlier I attended for all four days, but this time I was distracted by my flooded basement. I carried a notebook in 2002, and jotted down notes. Here they are:


Trying to estimate how many bales of hay it took to cover all the acres of mud.

Moans from new arrivals as they read that Billy Collins is absent.

Sharon Olds radiant as she described the “beautiful, healthy spiders” that thrive on Duke Farms, and calling the main tent “a temple to Ariadne.”

Shuttled 10 minutes to our parked cars.  Getting off the shuttle bus, and then getting back on when we realize we have no idea which parking lot our car is in, but this one isn’t it.

The annoying reality that in every panel discussion there will be those in the audience who use the occasion to mount a soapbox of their own, taking up valuable time—usually to describe an epiphany we experienced 20 years ago.

Ceclia Vicuña’s accent so strong, and her voice so soft, that it is many minutes before we realize she is saying, “Clit, clit.  Growing.”

A massive undertaking:  the basement/foundation for a Duke mansion that was never built.  Room after subterranean room.  A maze, really.  And then the owner died.  Covered now with mud and moss, and the remains of trees that fell in.  I stare and stare, unable to turn away.

Staring, too, at the simultaneous readout of the poets’ words in the main tent.  It is there for the hearing impaired, but I am fascinated by its creativity.  It must be done with a voice recognition program, monitored by someone scrambling to correct its mistakes.  When Vicuña speaks of mist being “the semen of the mountain,” it comes out seaman.  “Burlap” is burr lap. My dog sometimes has a burr lap.  A mother with a burr lap would have unhappy children.

Two “church ladies” clutching each other for support as they scuttle out of the “Sacred and Profane” panel discussion, faces rigid with the realization that Mark Doty is reading a blow job poem.

Big soft dog asleep in the grass next to our workshop tent on the river.  Sun glinting on the water.  Sun soaking into the long, golden brown fur of the dog.

Sharon Olds saying she had a desire to give everyone in the room a cookie.  C. K. Williams quipping, “Give ‘em a car.”

Port-a-Potties that flush and sport mini-sinks with foot-pumped running water.

Being blown away by a poet we’d never heard of (Aahron Shabtai).  Telling him later, “You must have a very happy wife.”

Marilyn Chin reading a poem about a bad date, explaining that displaying the mangled sword of Hirohito is not a strategically good thing to do if you want to impress your Chinese girlfriend.

Two blind men with their dogs.

Friends raving about Jane Hirschfield, whom we didn’t hear.

:  More near misses on the highways in two days than I had in the past five years.  Fast food restaurants that ask, “Cash or credit?”  Waiting in the middle of a line of 12 cars at a Wendy’s drive-through at .

Yusef Komunyakaa reading his poem about the mice that died of fright at the sight of an owl:  “…the shadow of its wings was like a god passing over the grass.”

Mark Doty reading his poem, “Migratory:”  “Only animals make me believe in God now…so little between spirit and skin.”

The long, long line at the coffee concession.

The even longer lines at the book signing tent, spilling out the door onto the grounds.

Komunyakaa softly saying if a poem contains too much information “the passion of participation is denied.”

Wiping away tears as Joyce Carol Oates read her prose poem about her mother’s heartbreaking childhood.

Olds quoting Langston Hughes:  “To some people, love is given—to others, only Heaven.”