These Are My "After" Pictures 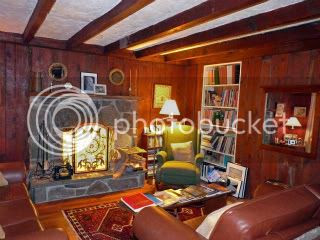 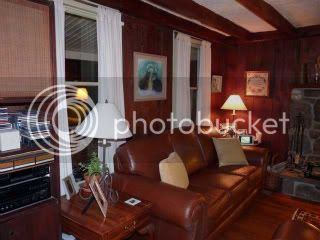 I actually took these pictures an hour before a small party I gave last week, but I call them my "after" pictures because it took years to get my house to this point.

I'm not showing you any "before" pictures. At some point I realized that the state of my house almost always reflected the state of my mind. If that's true—and I think it is—my mind was in complete disarray for a long time. That's not hard to believe.

Adding to the emotional issues was The Remodel. Even the happiest people report difficulty surviving a remodel. The decisions! The intrusion! The mess! Although I have to say the mess didn't bother me. I already had a mess. I viewed the remodel as a way out of the mess. And it was. But for over a year we moved stuff from one room to another, clearing areas to be worked on, while I tried to keep the cats from escaping out doors that were left open for the contractor and his crew to go back and forth.

When it was all done I was still left with a living room full of things that didn't belong there, some of them rather large—like the bed that belonged in the guest room upstairs. I was also missing a few things. I had paid a furniture-maker in advance for the pieces I ordered. He delivered some, but not all, and was never heard from again.

It took a long time to sort through everything and put together a decent living space. My lack of decorating confidence certainly didn't help, and I don't know whether it's harder or easier to have to make all the decisions alone. (Shell White paint? Petal White? White Swan? Mirror here? Mirror too high? Too low? Eeek!) As I've said so many times, thank heavens for the Internet. In this case, thank heavens for the home forums at GardenWeb. I didn't always agree with the decorating, kitchen-designing mavens, but seeing photos of their homes, and reading their discussions, helped me clarify my thinking.

This year clutter started building up. Nothing like years past, but it was one more indication that I needed to do some evaluating. After a lot of thought I realized that the job I've held for two years was dragging me down. Not the job itself, which is pleasant and not demanding, but the isolation of being the only staff member present at night—and the nasty, mountainous, circuitous 45-minute drive home in the dark. I realized I had to move on, and I needed more contact with people.

So I took what felt like two bold steps: I gave notice at work, and I sent an invitation to a dozen or so friends, inviting them to come sing with me at my piano. This is something Jill and I used to organize at Christmas, but I hadn't hosted it—or done any other kind of entertaining—in over a decade. It turned out so well. It gave me the push I needed to get the house in shape for visitors, and the gathering itself was great fun.

Ah, chaos. I don't miss it. I have no doubt it will come creeping back to one degree or another, but I'm on guard and I have a plan. Starting in January or February, friends here to play games. And another songfest in spring, before I give up housekeeping once again to turn my attention to the garden.

Oh, okay.....here's one during-the-party pic. My kitchen is not yellow, BTW. (Not that I have anything against yellow kitchens!) 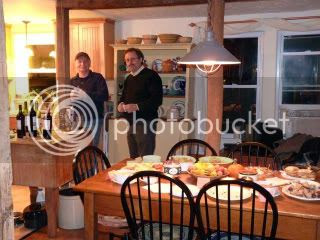 .......but we can't see it. My son can hear a lot of it, though. This weekend he talked to people in Greenland, Spain, Saudi Arabia, Belgium, Italy, South Africa, Svalbard (in the Arctic, off Norway), the Canary Islands, Germany, Scotland, Cuba, Romania, Austria, and Greece. Gotta love ham radio!
Posted by Susan at 7:24 PM 8 comments: