Why I Changed My Mind About a DSLR

Almost two months ago I posted here about deciding not to buy a DSLR. My mind was firmly made up to buy the new Panasonic FZ35. I'd still like to get that camera, but this morning I bought another one.

After I made that first decision back in August, I continued to hang out at the DPReview forums. I mostly frequented the Panasonic forum, but checked out others as well. After a while I noticed something: Most of the photos that really caught my attention were taken with DSLRs. Of course, it makes sense that the better photographers had invested in the better cameras. And in the end it's the photographer's skill that matters more than the equipment. Or, as someone put it, "It's not how big your sensor is, but what you do with it that counts." :-)

Still, I was intrigued. Most of my favorite shots on those forums were taken with a higher-end ($2,000+) Canon or the Olympus E-520, which sells for considerably less. The Olympus images were mostly shot with an expensive ($1,000) 50-200mm lens or the more reasonably priced ($400) 70-300. But I learned the kit lenses that can be bought with either Olympus are a cut above most kit lenses, and eminently usable.

I could buy the E-520 with the two kit lenses for under $600. I could buy the E-520 with a camera bag and a couple of UV filters, plus the Panasonic FZ35, and still be under $1,000. Hmmm.......my dad had many good cameras. My son has several sophisticated ham radios. My daughter and her SO have a speedboat, a luxury pontoon, a kayak, and a jet ski.

I just bought myself a DSLR.

PS: While hanging around DPReview I entered a photo in a Leica challenge. (My camera has a Leica lens.) It won first place. So I think that alone justifies a new camera, yes?
Posted by Susan at 6:00 AM 5 comments:

I was working as a newspaper reporter, and had just arrived at my office when my daughter called to tell me about the first tower. Everyone assumed it was an accident at that point. And then it wasn't, and everyone was stunned.

My boss sent me down the block to the courthouse, to interview the Director of Emergency Management. It was there, on his office TV, that we watched the second tower fall.

And One For Sunflower Lovers

For Arachnid Lovers Only! 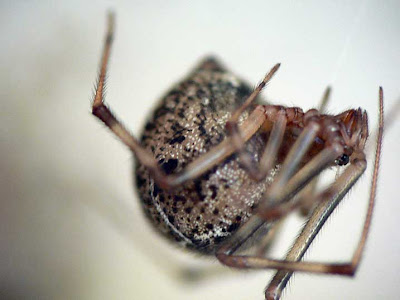